Push yourself past your limits!
– Main Mode
Aim to clear all six stages, including the tutorial!
In Main Mode, you can unlock weapons and characters!

– Time Attack Mode
In Time Attack mode, the goal is to clear the stage in the shortest time possible.

– Challenge Mode
The objective of this mode is to defeat incoming enemies and survive as long as possible. 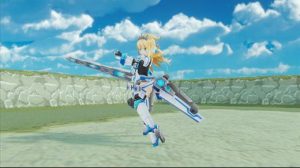 Charming characters!
Unlock and control 12 of the most popular characters from “CosmicBreak Universal”!
Characters will be released based on the number of stages you complete in Main Mode and your clear time!

Use your weapons to defeat the enemy!
Characters can equip up to two weapons, and each weapon has a main weapon and a sub-weapon.
Switch between up to four weapons in your quest for victory!
Weapons are randomly dropped during the game in Main Mode.

Compete for the best record!
Time Attack Mode and Challenge Mode are compatible with Steam leaderboards!
Compete with players from all over the world to become a top ranker! 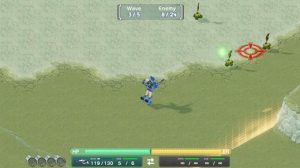