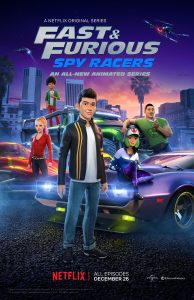 Tony Toretto, Dominic Toretto’s cousin, is recruited by a government agency together with his friends to infiltrate an elite racing league serving as a front for a crime organization called SH1FT3R that is bent on world domination.