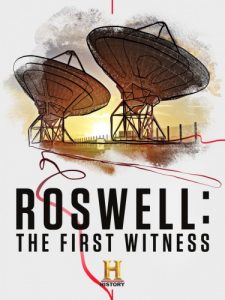 Roswell: The First Witness uses new advanced technologies, behind the mysterious 1947 Roswell, NM crash. The series follows the grandchildren of Major Jesse Marcel, the first person to investigate the wreckage. The investigation is being led by Ben Smith, a former CIA operative. The family believes Major Marcel was forced by the U.S. government to deny he ever saw a UFO. They possess Major Marcel’s diary, believed to contain coded clues about the truth of what happened at Roswell and clues and new evidence to where the alien wreckage might still lie buried.